Find tips and fixes for Windows and macOS!

AirDrop not working on your Mac or iOS devices like iPhone and iPad? You’re not alone. Recently we’ve seen many users reporting this issue. Some people find that their devices cannot discover each other when they try to share files via AirDrop, others complain that their device often failed to receive the file even after they selected the receiving device.

Luckily, you’ve come to the right place. After reading this article, you can fix this issue easily.

Step 1: Check if your devices are compatible with AriDrop

AirDrop between to two Macs:
You need ensure both Macs are running Mac OS X Lion (10.7) or later:

AirDrop between two iOS devices:
Both iOS devices need to be running on iOS 7 or later:

AirDrop between a Mac and an iOS device:
The iOS device should be running on iOS 8 or later; and the Mac running on OS X Yosemite (10.10) or later:

Step 2: Make sure your devices are discoverable in AirDrop

If you cannot find the device you want to AirDrop files to, check if you have it set its AirDrop receiving settings correctly.

To set AirDrop receiving setting on the iOS device:

Note: if you’re in the Contacts of the receiving device, but the device holder has blocked you in Contacts, you’ll not be able to AirDrop files to that person until he unblock you in his Contacts.

One common error that would lead to AirDrop problems is that the receiving device is asleep.

To function properly, AirDrop requires the display to be active on both devices. And it’s better to unlock the devices before you start AirDropping.

Step 4: Turn on Bluetooth and Wi-Fi on both devices

AirDrop uses Bluetooth to detect compatible devices nearby and uses Wi-Fi to perform the transfer.

Even if you have turned on Bluetooth and Wi-Fi on both devices, simply toggling turn off and on may fix the problem.

Another common error that would causes AirDrop not working is that you forget to turn off Airplane Mode on the receiving devices.

Just as mentioned above, AirDrop needs Bluetooth and Wi-Fi to operate, and if the Airplane mode is turned on, it disables the both.

If you accidentally turned on and forget to turn it off, just Go to Settings > Airplane Mode to check turn it off. 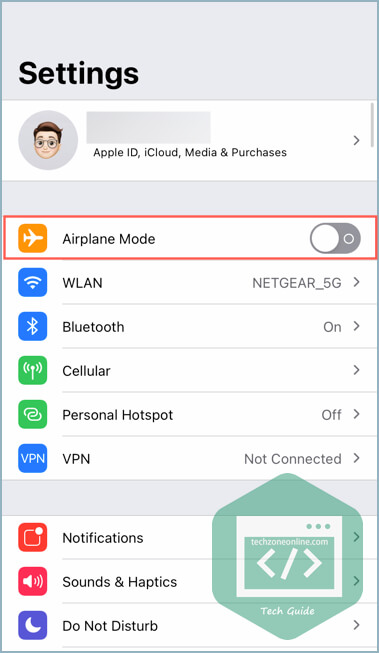 Sometimes, a simple restart would let AirDrop work again. If you’ve tried all the troubleshooting steps above but AirDrop is still not working, try reboot your devices. Normally, after a fresh restart, this issue will get fixed.

Hopefully, this article helped you resolve AirDrop not working issue. If you have any questions or suggestions, feel free to leave us a comment below. Thanks for reading.

Bin Zeng, a Microsoft 365 Certified: Modern Desktop Administrator Associate, is a technical writer by practice and an optimist by nature.

The App-Level macOS Keyboard Shortcuts You Should Know

How to use Magic Trackpad 2 on iPad

How to force quit apps on Mac [step-by step-guide]

This site uses Akismet to reduce spam. Learn how your comment data is processed.

Stay in the loop